Posted by ACEAdmin on January 1, 2013 in News | Comments Off on New National and AC&E Engineering – A winning partnership 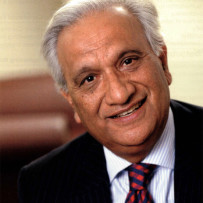 The New National Assurance Company is South Africa’s oldest blackowned short term insurer, having being formed at the height of apartheid restrictions in 1971 by a group of forward thinking non-white businessmen.

Over four decades later, it is now an established insurance company with a diverse and national footprint covering all major classes of short term insurance risk including domestic, commercial, corporate, engineering, performance guarantees and marine.

With 2012 premiums at just under the R 1 billion mark and a proven track record of success (the company has consistently written profitably for over a decade), MD Mahmoud Rajab believes that “we are an economic success story in the context of South Africa’s socioeconomic transformative ambitions.

“We are seeking to assist transforming the insurance sector, which was previously a rather closed one in terms of diversity, but are attempting to do so sustainably, and in a manner which always protects our policyholders and our black shareholders.”

One of the company’s star performing areas has been in the engineering space. Since 2008, when the company first decided to enter this highly specialised and technical area in conjunction with its exclusive underwriting manager, AC & E Engineering, the company has enjoyed tremendous growth. “Through AC&E, we underwrite all manner of construction, plant and engineering risks for South African risks and for South African companies doing business in Africa, from the construction of open cast mining plants, to shopping centres. Just the other day, we got involved in a medium-sized oil pipeline, which is great to be associated with.” But it was not always easy.

“New National and AC&E were the new kids on the block from the outset, but we always knew in our technical skills and our service, we would win the respect of the industry.”

Rajab credits it all to Anne-Marie Fourie, the head of AC&E Engineering.

“Anne-Marie is our star. The fact that AC&E have been rated by industry brokers and other players, according to PMR.africa’s 2012 national survey, as the best engineering UMA in the country in terms of service, adaptability and attitude, amongst other factors, is testament to her incredible can-do attitude. We are so proud to have AC&E in the New National stable.”