For the 9th consecutive year, AC & E ENGINEERING UNDERWRITING MANAGERS is the highest rated and selected by PMR AFRICA to receive the Diamond Arrow Award as the best Engineering Underwriter in South Africa

AC & E COMMERCIAL UNDERWRITING MANAGERS is the highest rated in the Commercial category and received the Diamond Arrow Award for the fifth consecutive year.

The awards are based on the following criteria: 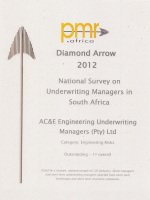 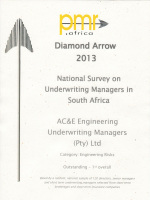 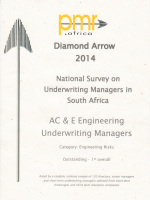 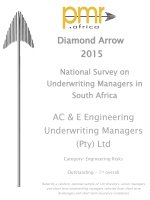 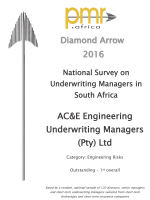 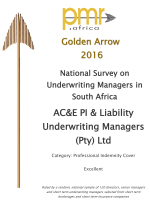 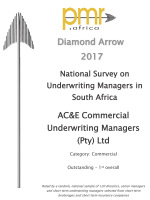 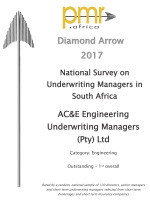 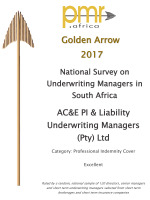 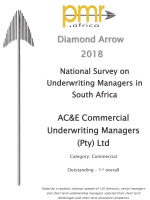 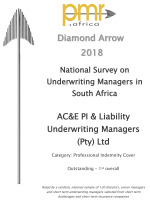 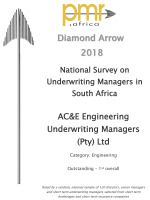 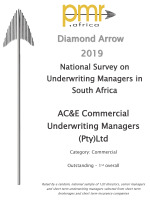 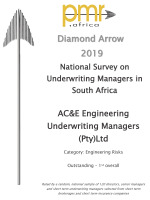 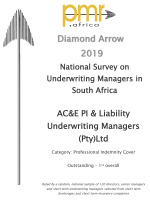